This is a tale of a whole bunch of things going terribly wrong. It involves a plucky young seamstress, two meters of green plaid and a lucky break at a charity shop. It is a tale of disappointment and redemption, and most importantly sewing. 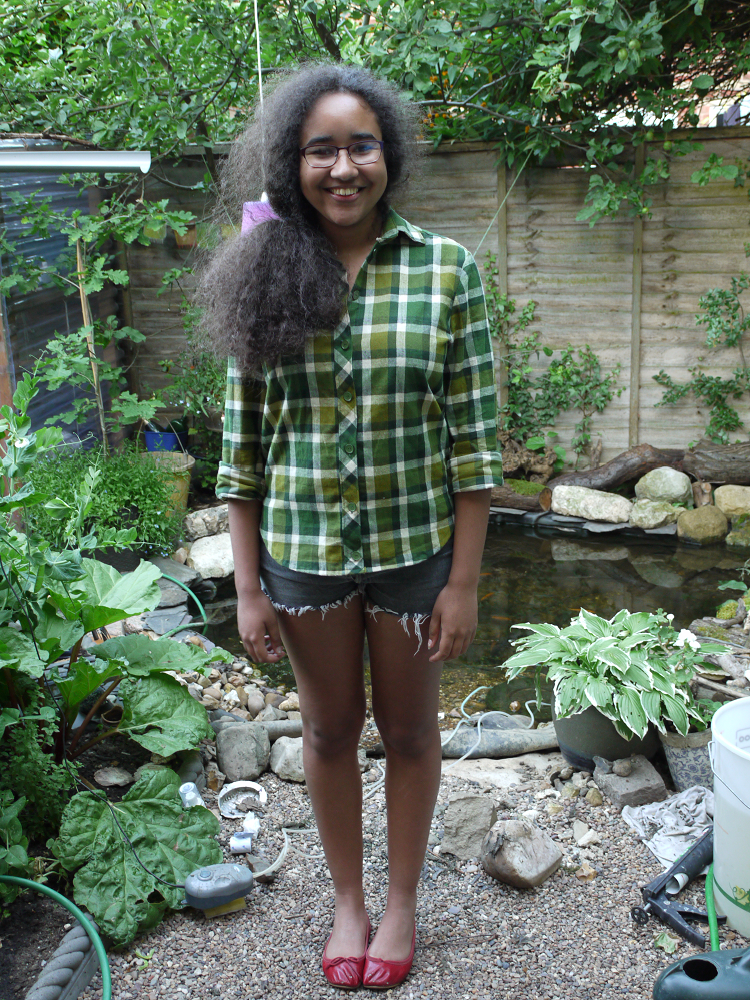 Our story begins in the spring of 2013, specifically in a badly-stocked quilting shop (Already a unlucky scene for an apparel sewist). It was a dull and thundery day (not really), almost as if the gods above were colluding to bring about the downfall of our heroine. The girl wandered around searching fruitlessly for clear elastic when suddenly in the corner, nestled in amongst the kitschy quilting cottons she spied a bolt of fabric. Green fabric. Green plaid fabric. Crisp on one side but gorgeously brushed on the other. The girl knew that she had to possess this fabric at any cost and tugged the bolt down from the top shelf. Alas she had only enough money for one meter, so she bought the meager length, unsure of what it could be used for,  and secreted it away into her stash.

Fast forward to autumn 2013 when the girl happened upon the plaid and had a sudden brainwave: a green plaid shirt! At the time she was already petitioning her relatives to buy her the Archer shirt pattern for Christmas; it was the perfect crime. One look at the fabric requirements of the Archer sent the girl running back to the shop to buy another meter of plaid. This she also hid away until the time when the Archer pattern was hers. 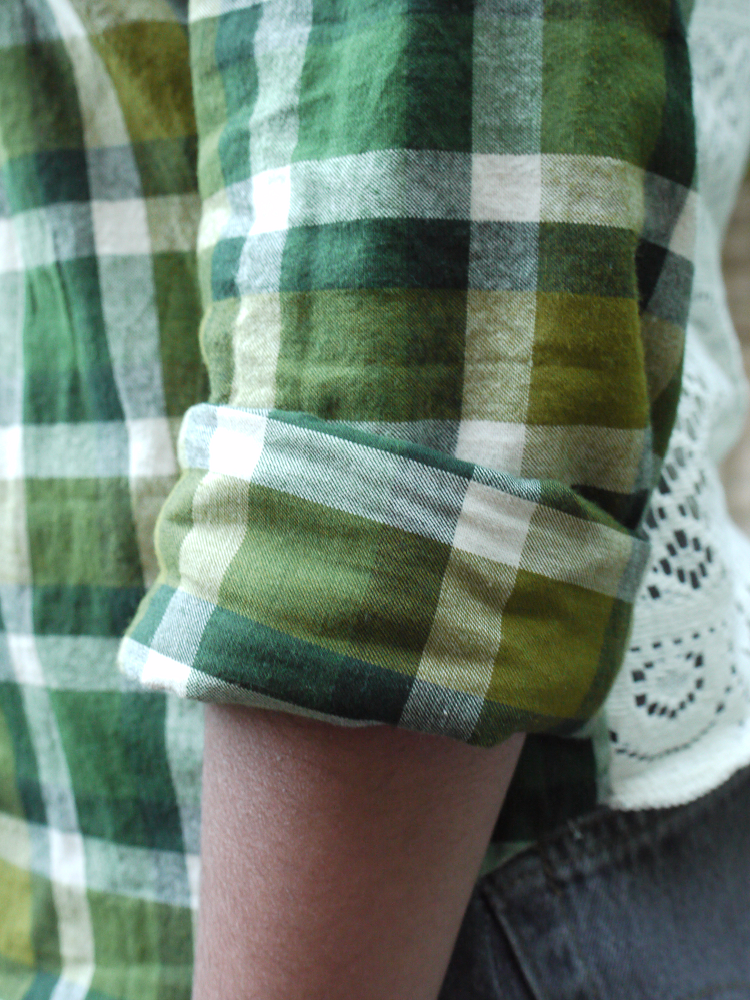 Fast forward once more to March/April 2014 when the girl, having made two Archers, felt prepared enough to face the plaid. At this point the story becomes a cautionary tale: ALWAYS WATCH YOUR FABRIC CUTTER CAREFULLY TO ENSURE THEY'RE NOT SCREWING YOU OVER! Also always unwrap your fabric when you get home so you can catch these mistakes at the time not a year later... after they've moved. Also if the bolt doesn't state the width of the fabric never just assume that it will be 120-150cm wide because it won't be. As you may have guessed the girl did not have enough fabric. In fact the girl only had 150x90cm (60"x36") , definitely not enough to make a slouchy shirt, especially with pattern matching.

They girl sat numbly for a while and seriously considered a mental break down. Instead she decided breakdowns weren't really her style and she'd be much better off keeping a cool head and doing some creative thinking. Suddenly inspiration hit. The girl had remembered the obsession she'd had with Free people's crochet back shirt a few years ago (an A Beautiful Mess's subsequent tutorial). She immediately set to work cutting out the entire shirt, except the back. 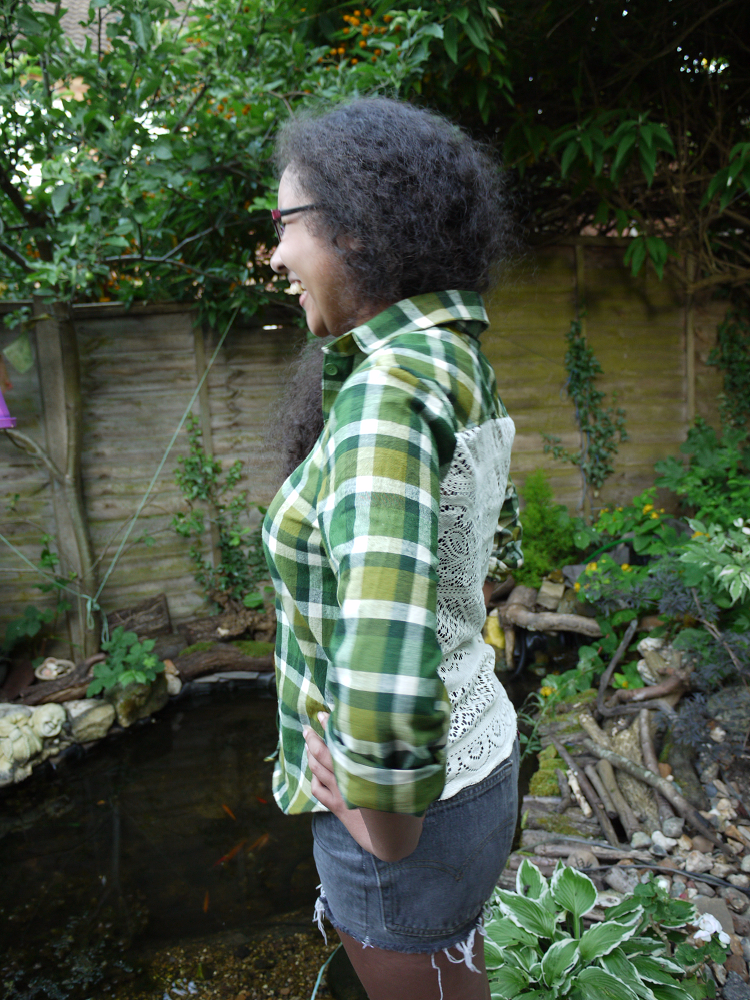 Work on the shirt stalled for a while as the girl searched for a suitable cream lace (Because of the plaid's cream stripe) All she could find was over priced white bridal lace. Until one day she randomly popped into the best local charity shop for finding fabric and happened upon a giant, pristine cream crochet lace tablecloth for £4.95. (Actually there were two but the girl didn't think she could justify that much cream lace since she wasn't a bride)

Work on the shirt quickly picked up and by the end of May the world's most awesome shirt had been born. Due to the period spent trying to find the lace the girl had actually lavished a lot of time on the shirt. Hand basting the interfacing. Painstaking top-stitching in coordinating thread. Pattern matching and bias cut details (Eek!!). Self drafted tower-plackets for the sleeves (Using this tutorial for reference). In fact by the time the lace had been bought the entire front of shirt, including collar, yoke, buttons/buttonholes, hem and sleeve plackets had be finished.

All that was left was to cut out the lace back. She centered the back on a giant rose, omitted the pleat, and used the selvage as the hem (folding the the pattern up 3cm to account for the front hem) . She then used french seams to attach the sleeves, and sew the side seams. She attached the sleeve cuffs (deepening the sleeve pleats to accommodate the tower placket) and was done.

So the story ends with a seriously kick-ass shirt, a seriously proud seamstress and the message that going with the flow and being patient is the best option. This shirt was a serious labour of love, and I (... I mean the girl) took the time to do all the finishing steps I she wouldn't bother with usually and that's what makes it so awesome...

...Ok, fine, maybe it's the super cool lace back that makes it so awesome, but the labour of love thing still stands.

The girl donned her new shirt and set off into the horizon in search of new project safe in the knowledge that whatever adventure the sewing gods threw at her she would atleast be well-dressed when she faced them. 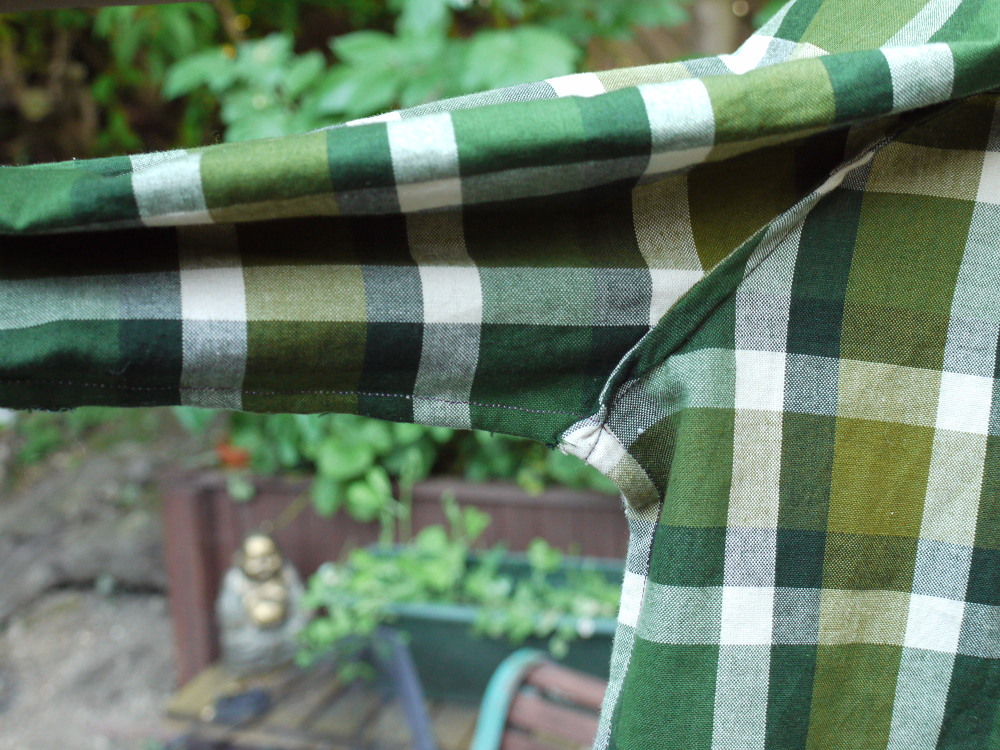 Email ThisBlogThis!Share to TwitterShare to FacebookShare to Pinterest
Labels: Archer, Grainline studios, Made by me, Shirt

I miss you babe, and I don't want to miss a thing